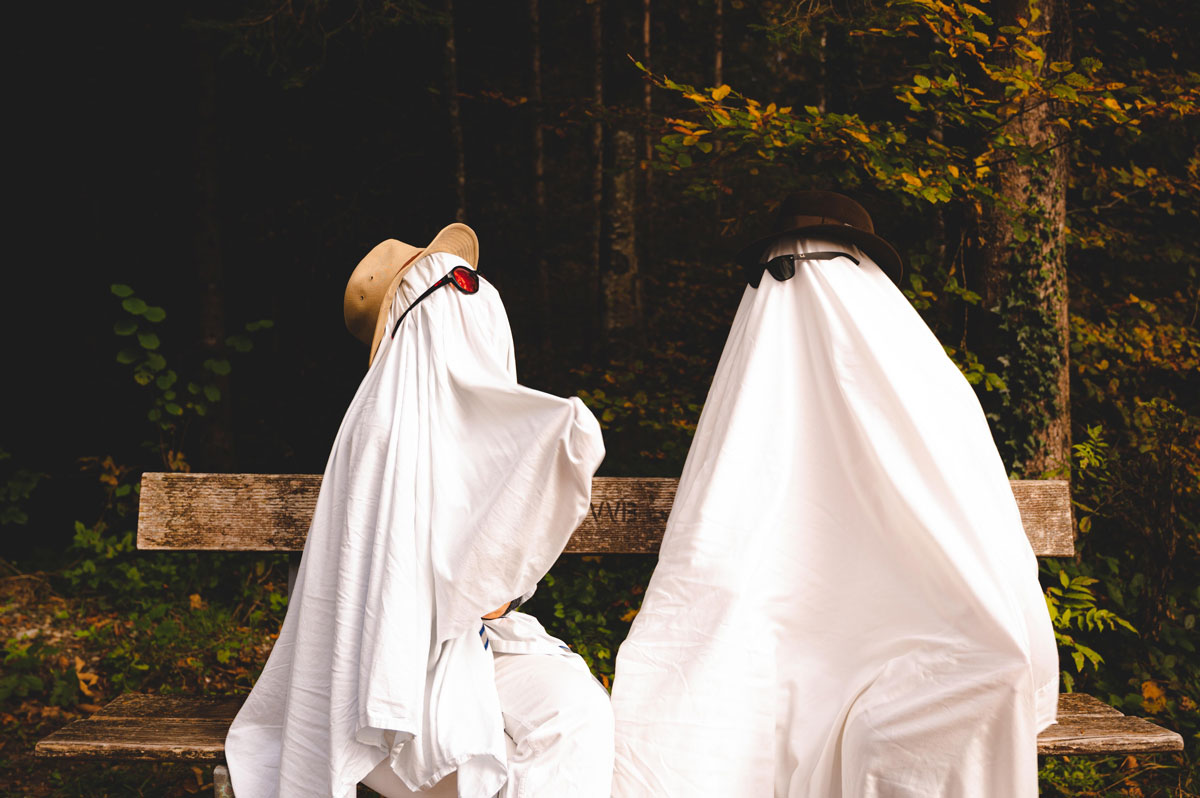 As a Halloween special we would like to tell a freelancer horror story. Once upon a time...

It was the year 2012. I was around 23 at that time, and like most undergrads in their last year, was searching for means to generate an income. One evening while catching up with an old friend, I found out how she was doing content writing. I did have a flair for writing so upon her encouragement, I decided to give it a go.

She was working for a guy who had hired some newbie writers, and was teaching them SEO writing. Back then, I did not even have the faintest idea of what freelancing was, and that content writing too was included in it. After having a conversation with that guy who loved my writing after making me write a short sample, I came on board his team. I was promised a monthly salary of 10k which roughly a decade ago was quite huge for me.

My family was a bit skeptical of the entire scenario as they feared it may be a scam. Infuriated at that thought, I decided to visit the guy as he fortunately had his office in the same city. My mother and I visited him, and while my gut feeling screamed ‘SCAM’, I decided to go ahead with him.

Day in and day out, I worked for the guy, churning out one 500-word article after another. Two weeks down the road, he assigned me a team to manage along with truckloads of articles to write. I remember being exhausted to the core after writing for hours, completing my college assignments and attending classes the next day, I was actually enjoying my work. While I thought things were going fine, they weren’t really. I realized that quite late- basically on the day I was supposed to get my first salary.

My boss began ignoring my calls. Few days later, he wouldn’t even respond to my messages. If I called in, his mother would pick his phone and make lame excuses. I followed up with him for a month, but my efforts only ended in vain. That’s when the reality truly dawned up on me- I had been scammed.

I was hurt and aching, but somehow not demotivated. I searched for some office-based internships, and landed one. Somehow my heart yearned for writing so I left the internship, and began searching for writing jobs again. A week later, I found a great job and began happily working. 5 years later, I had my own freelance clients, and was thriving as a content and copywriter.

Nobody can scam me now, I once thought. There, fate was all ready to prove me wrong again. I was working with a psychologist on her e-book as a ghost writer. After having one book done, she came back to me for more work that I happily took because she had paid for the first one on time. Her second book demanded in-depth research and work. After putting my heart and soul in it, when I demanded my $700, she was nowhere to be found. Blimey, I had been scammed again!

Following that event, I vowed to myself to opt for ‘advance payment’ option every time, and get into an escrow if the need be. Ever since I have started doing that, the scams have almost disappeared. Why the ‘almost?’ Because I am scared of being too sure, and getting conned again, haha!

Sharoon Shahid is a content and copywriter with 8 years of experience in the field with clients spread in different countries including UK, US, Kenya and Canada. She has worked on over 5000 e-books, countless website copies and email letters. She has worked with many national organizations including PSEB, Scaryammi and Connected Women Pakistan. Currently, she worked on editing and proofreading a coffee table book on the extraordinary freelancers of Pakistan titled, 'Extra Ordinary.'

She is the Community Lead of Connected Women Pakistan, maestro instructor at Skills to Do, course instructor at Learning Lab and works as a Storyteller with Suno Kahani Meri Zubani and Luqmay. In addition, she works as the CMO at Ollybera Enterprises, Austria. She is also launching a startup with the same company titled, '@Rising Above Social' in Pakistan that aims to help women live happily and confidently by standing for themselves, and combatting gender based violence and discrimination.

You can connect with her on:

‍I hope you found this article helpful. If you’re not a part of the Corgee Freelancer community, it’s not too late. Subscribe here and you’ll never miss useful freelancer tips.

How much is the income tax for Freelancers in Spain?

What are the cost of being a Freelance in Spain? What taxes you need you pay? How to pay less taxes?
Dec 14, 2022

There’s news on the new social security setup for freelancers in Spain. How much social security you’ll pay? What happens if your income is miscalculated? Here’s all you need to know about the new system.
Dec 7, 2022

Get an email with freelancing tips, news roundups and networking opportunities straight to your inbox. Weekly.

Thank you! Your submission has been received!
Oops! Something went wrong while submitting the form.
Copyright © 2022 Corgee.
All rights reserved.